This release has breaking changes!

How about some more numbers?

Thank you so much to everyone who has used, contributed to, or promoted Brakeman over the past seven years!

As a token of our appreciation, we have a limited edition 2017 Brakeman sticker: 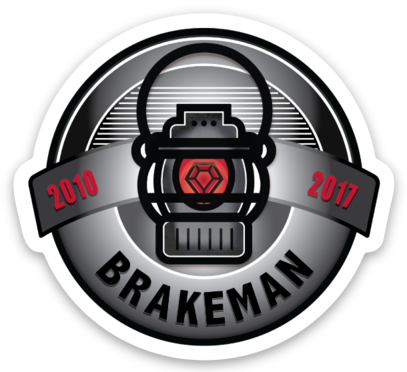 Just email [email protected] with your name and address (anywhere in the world) and we’ll send you one. While supplies last!

If you have benefited from Brakeman, please consider supporting continued development via Brakeman Pro.

If any warnings are found or errors are raised during the scan, Brakeman’s exit code will be non-zero. This may break things! In particular, CI jobs or scripts that assume Brakeman will exit normally.

You may use --no-exit-on-warn and --no-exit-on-error to revert back to previous behavior and always exit with error code 0.

The “plain” report format is now the default.

To revert back to the table format, use -f tables or -o report.tables.

By default, output to the terminal will be paged with less or Highline’s simple pager.

To disable, use --no-pager.

In 4.0.1 Brakeman will automatically disable the pager when the CI environment variable is set to true. This should be compatible with Travis CI, Circle CI, Codeship, and Bitbucket Pipelines.

Low confidence mass assignment warnings have been removed in this release. Brakeman should now only warn when user input is used directly in the instantiation or update of a model.

Warnings about XSS in link_to have confused quite a few people over the years. The danger is that links may have javascript: or data: values with XSS payloads.

Brakeman should now only warn when directly using user input or when using what looks like a URL from the database.

Calls to raise or fail will be treated like early returns when considering simple guard expressions.

Messages about “Cross Site Scripting” will now include a hyphen. This does not affect warning fingerprints.

For those with custom checks, the CONFIDENCE hash is still available and nothing should break.

The SHA256 sums for these releases are:

Thank you to everyone who reported bugs and contributed to this release.

Please report any issues with this release! Take a look at this guide to reporting Brakeman problems.

If you find Brakeman valuable and want to support its development, check out Brakeman Pro.

Brakeman is a free vulnerability scanner specifically designed for Ruby on Rails applications. It statically analyzes Rails application code to find security issues at any stage of development.